The Hives at the Fields' Furthest Margin 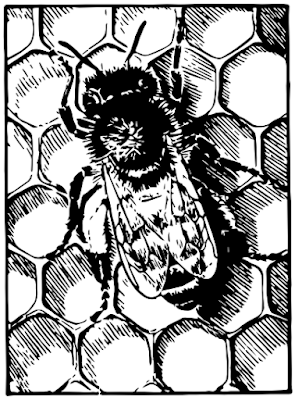 Logan (the DM) had posed question:

@LogantheDM
Bees would have to be a fey based fantasy race, right? Like say I am making bee people for #DnD and was trying to explain why they are more people than just giant bees? Fey, right?

In my mind "fey" connotes things "liminal" in some way, an in between state. Like both familiar and strange. Or at the edge of cultivated lands (not deep woods or in town). Is it real or a dream?  You thought this person was dead, but (through magical thinking) they seem alive-ish.

So the thing is to find some way that bees fit this vibe.

On a drowsy summer day, if you go to check furthest hives at 5 minutes to noon, the skeps seem larger somehow, though they measure the regular size if one has the tools to check. If you tarry for more than a few seconds, the soothing buzz makes you fuzzy in the head and the cloying sweet smell is overpowering.

And you find you can go inside the hive, even though it should be too small for you.  If you're not hostile then the bees seem not to mind. Bumbling into someone near the crowded entrance, an old matronly nursemaid bee takes you under her wing and leads you on a tour of the grubs ("They're suffering tracheal mites, the poor dears. Wouldn't happen to have a few crystals of Dr. Tincture's Menthol about, would you? Would do them no end of good."). She doesn't speak, just does a bit of a dance now and then, but you understand her meaning somehow.

And all the time you are just yawning and want to fall asleep & nap in drowsy midday warmth. But the nursemaid says you daresn't. A big thing like you would no doubt thrash in your sleep and wreck the combs and cells.

Only a few things here might get you in trouble during your visit: Stealing the honey (though some trade or service might be arranged in exchange), attacking someone (especially the grubs), or harming the hive.

Those who break the rules find large clusters of bees (whose bodies seem the size of mules) crowding around, bundling the offender in closer and closer. The twitching of their flight muscles becomes so rapid, their bodies warm to baking temperatures. Any offender mobbed in such a way must make a wisdom save to fight off the bees or they will be slowly cooked alive. Anyone succeeding the wisdom save finds themselves in a field once more, being stung by a swarm of regularly sized bees.

If anyone smokes or lights a fire while inside the hive, the nursemaid shrieks at you in an absolutely terrified and terrifying voice, unlike anything you've heard from her before. The workers all freak out and every bee in sight starts gorging on honey or packing up grubs and flying away. Even if the fire is minor or doesn't touch the walls, the hive melts away and you find yourselves in a field again, surrounded by a spattering of melted wax and the normally sized bodies of dead bees.

Those who demonstrate grace and peaceful intentions during their visit, or who bear appropriate presents, may gain an audience with the queen: She is a regally crowned and gowned insect, very plump with child. Her voice is the buzz of all the bees in the hive.

If you do some great service for her, she may grant you her blessing, and swarms of bees will assist you at unlikely times during certain dire situations you might happen into over later adventures. Upon leaving the hive amicably, no matter how long your visit, you wake up 5 minutes after noon in a field near the hives.

You may or may not ever be able to return.

Clan Apis by Jay Hosler - A (relatively) accurate comic about the life of a honeybee in a hive. 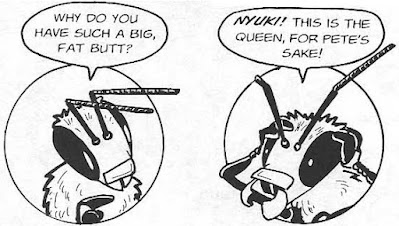 The Tale of Mrs. Tiggy-winkle by Beatrix Potter - This is in some ways the most direct parallel with what I wrote.  It has nothing to do with bees at all, but has the quality of mid-day reverie leading to fantastical-yet-mundane encounters that came to my mind. 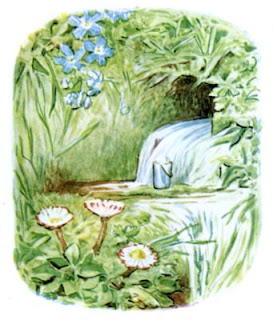 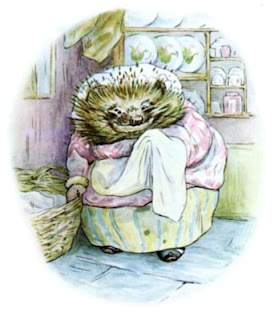 The Bee on the Comb by Kit Williams - This was published as an "armchair treasure hunt" book. While it deals little with the experience of life in the hive per se, bees feature prominently. And many of the paintings evoke a reverie/half-dreaming mode of viewing the natural world. 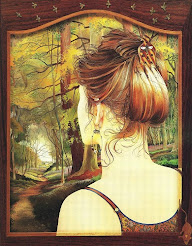 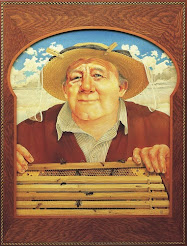 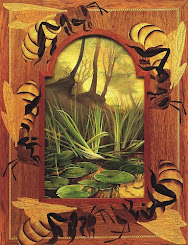